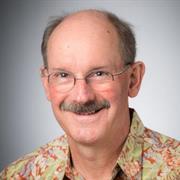 Peter Mascher obtained a PhD in Engineering Physics in 1984 from the Graz University of Technology (TUG) in Austria and joined McMaster University in 1989. He is a professional engineer and a professor in the Department of Engineering Physics, and chaired the department from 1994 to 2000. From 2003 to 2014 he served as the Associate Dean (Research and External Relations) of the Faculty of Engineering, with responsibilities for coordinating major research initiatives and collaborations of the Faculty. Since February 2014 he is overseeing McMaster’s International Portfolio as Vice-Provost, International Affairs. He is a Fellow of the Canadian Academy of Engineering and the Electrochemical Society. In 2015, he was appointed as an Honorary Professor at Nanjing Tech University.

Dr. Mascher holds the William Sinclair Chair in Optoelectronics and leads active research groups involved in the fabrication and characterization of thin films for optoelectronic applications, the development and application of silicon-based nanostructures, and the characterization of defects in solids by positron annihilation spectroscopy. His research work has been continuously funded for more than 29 years by the Natural Sciences and Engineering Research Council of Canada (NSERC), and has drawn funding from the Canada Foundation of Innovation (CFI), several federal and provincial Centres of Excellence, and industry, for a lifetime total surpassing $25M. Since 2010, he leads a collaborative initiative to transform the McMaster Nuclear Reactor into one of the world’s brightest positron sources for applied and fundamental research.

Dr. Mascher has supervised more than 70 graduate students and post-doctoral fellows, has authored or coauthored close to 250 publications in refereed journals and conference proceedings, and has presented many invited lectures at international conferences and workshops. He is a member of the Steering Committee of the Canadian Semiconductor Science and Technology Conference (CSSTC), the International Advisory Committee of the International Conference on Optical, Optoelectronic and Photonic Materials and Applications (ICOOPMA) and Chair of the International Advisory Committee on Positron Annihilation. From 2003 to 2007 he served as the Program Director of the Ontario Photonics Consortium, at the time the largest Ontario-funded project.