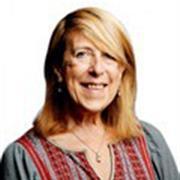 Dr. Carmel Mothersill trained as a zoologist in University College Dublin in Ireland and obtained her PhD in 1976 in muscle biochemistry before joining the Physics Department at the Dublin Institute of Technology (DIT) as a radiobiologist. She worked as a post doctoral fellow in St Luke’s hospital in Dublin, then the only radiotherapy centre in Ireland under a joint agreement with DIT. Later developed and ran the Radiation and Environmental Science Centre at DIT until moving to McMaster University in Hamilton Ontario in 2003 to take up a Canada Research Chair in Radiobiology. Her research interests include the non-targeted effects of radiation and in particular, how bystander effect and genomic instability modify the radiation dose response curve. She is also interested in the mechanisms underlying non-targeted effects of radiation which might be exploitable in the treatment of cancer. More recently she has become interested in the contribution of non-targeted effects to persistent environmental radiation damage and in developing new approaches to radiation protection of humans and the environment. She has over 300 peer-reviewed publications and is a contributor to many books concerning cancer therapy, radiation protection and radiobiology. She has trained more than 60 students to PhD level. In addition she has successfully run Irish, European Union and Canadian research programmes, and run major European and International conferences and workshops. Carmel is married to fellow radiobiologist Dr. Colin Seymour and has 3 daughters (who left 3 cats when they left home), and a dog called Beanie!