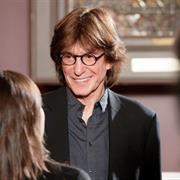 Dr. Henry A. Giroux, who teaches ARTSSCI 4CB3 / Inquiry into Education, currently holds the McMaster University Chair for Scholarship in the Public Interest in the Dept. of English and Cultural Studies. In 2002, he was named as one of the top fifty educational thinkers of the modern period in Fifty Modern Thinkers on Education: From Piaget to the Present as part of Routledge’s Key Guides Publication Series. In 2005, Dr. Giroux received an honorary doctorate from Memorial University. In 2015 he was honoured with a Doctorate of Humane Letters from the College of Educational Studies at Chapman University as well the Changing the World Award and the Paulo Freire Democratic Project Social Justice Award. In 2017, he was awarded an Honorary Doctor of the University from the University of the West of Scotland, UK. He is on the editorial and advisory boards of numerous national and international scholarly journals, and he has served as the editor or co-editor of four scholarly book series. He co-edited a series on education and cultural studies with Paulo Freire for over a decade.

Dr. Giroux is a regular contributor to a number of online journals including Truthout, Truthdig, Boston Review, and CounterPunch. He has published in many journals including Social Text, Third Text, Cultural Studies, Harvard Educational Review, Theory, Culture, & Society, and Monthly Review. He is on the Board of Directors for Truthout. His most recent books include: On Critical Pedagogy (2011); Education and the Crisis of Public Values (2012); Twilight of the Social: Resurgent Publics in the Age of Disposability (2012), Disposable Youth: Racialized Memories and the Culture of Cruelty (2012). Youth in Revolt: Reclaiming a Democratic Future (2013); The Education Deficit and the War on Youth (2013); Neoliberalism’s War on Higher Education (2014); Zombie Politics and Culture in the Age of Casino Capitalism (Peter Lang 2014, 2nd edition); The Violence of Organized Forgetting: Beyond America’s Disimagination Machine (City Lights, 2014); Disposable Futures: The Seduction of Violence in the Age of the Spectacle (co-authored with Brad Evans, City Lights, 2015); Dangerous Thinking in the Age of the New Authoritarianism (Routledge, 2016); America at War with Itself (City Lights, 2017); The Public in Peril: Trump and the Menace of Authoritarianism (Routledge 2018), American Nightmare: Facing the Challenge of Fascism (City Lights Books, 2018), and his forthcoming The Terror of the Unforeseen (Los Angeles Review of Books, 2019).

His primary research areas are: cultural studies, youth studies, critical pedagogy, popular culture, media studies, social theory, neoliberalism, and the politics of higher and public education. He is particularly interested in what he calls the war on youth, the corporatization of higher education, the politics of neoliberalism, public pedagogy, the educative nature of politics, the rise of various youth movements across the globe, and the assault on civic literacy and the collapse of public memory.