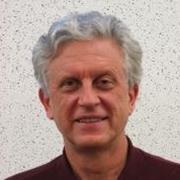 Dr. Ralph E. Pudritz is a Professor in the Department of Physics and Astronomy and the founding Director (2004-2015) of the Origins Institute. He did postdoctoral work in astrophysics at Cambridge University, U.C. Berkeley, and the Johns Hopkins before joining the faculty at McMaster in 1986. He is an acknowledged international leader in theoretical and computational research on star and star cluster formation, exoplanets and planet formation, and the origins of life. He was the chair of the first NSERC/NRC/CASCA Long Range Planning Committee (2000) whose efforts opened ALMA; JWST, Herschel and Planck space observatories; the TMT and SKA to Canadian participation. He and his students have won numerous awards including the Cozzarrelli Prize for the best paper in Mathematical and Physical Sciences (2017) in PNAS. Together with Dr. Maikel Rheinstadter, he co-authored the successful CFI grant, lab design, and research plan of the Origins of Life Lab with its unique Planet Simulator instrument.