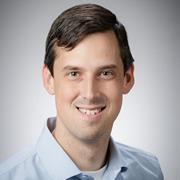 Todd Hoare received a B.Sc. (Eng.) in Engineering Chemistry from Queen’s University in 2001 and a Ph.D. in Chemical Engineering from McMaster in 2006. He returned to McMaster in 2008 to join the faculty after a two-year NSERC (Natural Sciences and Engineering Research Council of Canada)-sponsored post-doctoral fellowship in Robert Langer’s laboratory at the Massachusetts Institute of Technology. Dr. Hoare’s work has been profiled by Popular Science, Maclean’s, and BBC for its potential in solving clinical challenges through innovative smart materials design. He has won an NSERC Innovation Challenge award recognizing the novelty of his research. He also received the 2016 Early Career Investigator Award from the Canadian Biomaterials Society, an Early Researcher Award and the 2009 John Charles Polanyi Prize in Chemistry from the Government of Ontario recognizing his accomplishments in his early career as a researcher and was a finalist for the 2012 President's Award for Graduate Supervision. Dr. Hoare is currently the Associate Editor of Chemical Engineering Journal and is a member of the Editoral Advisory Board of Colloid and Polymer Science. He also teaches two undergraduate courses and two graduate courses in the Department of Chemical Engineering and School of Biomedical Engineering at McMaster.