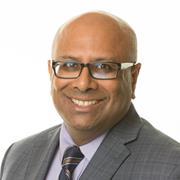 Dr. Raha completed his PhD at the University of Toronto in the Department of Biochemistry followed by post-doctoral training at the Hospital for Sick Children in the area of metabolic disorders related to mitochondrial dysfunction. This was followed by about 3 years in the biotechnology sector leading a research group focused on developing point of care devices based on single nucleotide polymorphisms.

Since 2007, Dr. Raha has been a Principle Investigator in the Department of Pediatrics, at McMaster University where his research has focused on understanding how dietary, pharmaceutical and environmental stressors impact placental function and potentially alter the post-natal health of the baby.

He is also the Director of the McMaster Children and Youth University (MCYU), a community engagement initiative which strives to demonstrate that discovery and creativity can be powerful allies in breaking down the barriers between community youth and post-secondary educational institutions. This has developed into a strong interest for constructing novel educational strategies targeted at pre-university and university students. Research projects to assess the impact of these strategies are currently under development. Based on his mentorship expertise and novelty of the MCYU program, Dr. Raha has been awarded a number of awards such as the Health Sciences Graduate Student Award for Outstanding Graduate Teaching in 2010, the CIHR Synapse Award in 2013 for mentorship and McMaster’s top teaching award – the 2017 Presidents Award for Outstanding Contributions to Teaching and Learning. In 2019, Dr. Raha won the Partners in Research, Ronald G. Calhoun Science Ambassador Award.