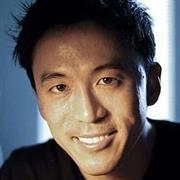 Dr. Alan Chen is Professor in the Department of Physics and Astronomy. He received his BSc from the University of Toronto and his PhD from Yale University, and joined the McMaster faculty in 2002. His research is in the area of nuclear astrophysics, which attempts to recreate in the laboratory the nuclear reactions that power stars like our Sun, and synthesize the chemical elements in the cosmos. He and his graduate students carry out these experiments at several particle accelerator facilities worldwide, including in Canada, USA, Japan, France, and Germany -- including TRIUMF, Canada's national particle accelerator laboratory in Vancouver.