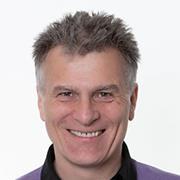 Efficiency and equity are often presented as opposing forces in Canada’s healthcare system. Serving more people better just intuitively seems as though it would cost more.

But health economist Michel Grignon has found in his research that healthcare equity can actually increase efficiency by allocating resources more effectively to where they’re needed.

Through his research, Grignon tries to answer questions about how, exactly, to measure equity, and also how to measure health itself.

Working with colleagues at Dalhousie University in Nova Scotia, he’s exploring how to assess health and provide healthcare among older people comparing Canada’s aging population with countries like Japan, whose population is even older. These issues are urgent not just because older people tend to get sick more often, but also because the nature of those illnesses are different. Currently, Canada’s healthcare system – like almost every other country – is constructed to serve acute conditions. Someone gets sick or injured, sees a doctor or nurse for treatment, and is released.

Older people, though, are more likely to have permanent chronic conditions such as diabetes, arthritis and asthma. A healthcare system looks very different when a large percentage of the population it serves will never return to full health.

In addition to publishing in traditional academic journals, Grignon also serves as a public commentator on issues of aging and health equity, and is helping Canadian policymakers improve how they serve our aging population.