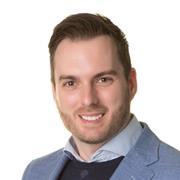 Cliff’s academic interests centre on the implications of technology for both the practice and study of politics. His research explores the relationships between digital technologies and patterns of democratic participation. He is also actively engaged in the application of new, technologically-enabled methods—such as the use of Big Data and machine learning—to the study of political behaviour and public opinion. His publications have appeared in highly-respected peer-reviewed journals such as Political Analysis, the Journal of Elections, Public Opinion and Parties, Nations and Nationalism, Political Science Quarterly, and the Canadian Journal of Political Science.

Cliff received his doctoral training in political science from the University of Toronto, where he was a recipient of the Social Sciences and Humanities Research Council of Canada (SSHRC) doctoral fellowship, the Beattie fellowship from the Trudeau Centre for Peace, Conflict and Justice, the Adel S. Sedra Distinguished Graduate Award, and the Clarkson Laureateship for Public Service. While at the University of Toronto, he was a junior fellow at Massey College and an Action Canada fellow. He served as chair of the G7 Research Group at the Munk School of Global Affairs and Public Policy as well as editor-in-chief of the Journal of International Law and International Relations, a peer-reviewed journal published by the University of Toronto Faculty of Law. Cliff has also been a visiting scholar at the Free University Amsterdam, the European University Institute, and the Hebrew University of Jerusalem.

Cliff has founded and led numerous companies—from non-profit organizations to Silicon Valley-incubated, venture-backed technology start-ups. He is presently the founder and Chief Executive Officer of Vox Pop Labs, a social enterprise best known for producing Vote Compass, a voter engagement and education application that has drawn tens of millions of users. Vote Compass has been run in more than a dozen countries worldwide in partnership with media organizations including the Canadian and Australian Broadcasting Corporations, The Wall Street Journal, Vox Media, Grupo Globo, Mediengruppe RTL Deutschland, Sky News UK, France24, and Television New Zealand. Cliff's entrepreneurial endeavours were recognized with the Toronto Region Board of Trade's Entrepreneur of the Year Award in 2017. He was also named one of Toronto’s Top 12 Young Innovators of 2012 by Post City Magazine and was the recipient of McMaster University’s Arch Young Alumni Award in 2015.

Cliff has advised various governments on matters related to digital technology and public opinion research. He is also a regular media contributor on issues pertaining to elections and public policy.