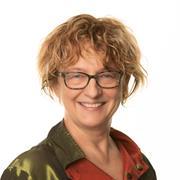 Elzbieta Grodek's research focuses on French 20th and 21st century narrative texts, relationships between literature and the arts (especially text and image), and philosophical and interdisciplinary approaches to literary studies. Her readings are inspired by reception theories, Russian formalism, structuralism, elements of post-structuralism and postmodernism. She is a specialist of Claude Simon and has published on the French nouveau roman. Her more recent interests relate to teaching, learning and assessment according to the Common European Framework of Reference for Languages model, task-based language pedagogy and the contribution of philosophy of action to pedagogical inquiry. She holds a diploma in teaching French as a Second Language (FLE/FSL) obtained from the University of Bordeaux 3.