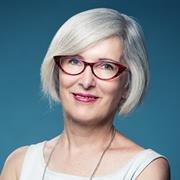 Lorraine York’s areas of specialization are Canadian Literature and celebrity culture. In the first of those fields, she has become increasingly concerned with the way in which various relations of power have formed, and continue to animate, the institution of “CanLit”; in the field of celebrity studies, she brings the insights of cultural theories of affect to bear on the question of celebrity’s political implications. Her earlier books addressed the subjects of photography and postmodernism in Canadian fiction; Timothy Findley’s fiction and discourses of war; and women’s collaborative writing in England, the U.S., Canada, France and Italy. With Literary Celebrity in Canada (2007), she contributed the first study of celebrity’s impact on Canadian literary culture. It was nominated for the Raymond Klibansky Prize for the best English-language book in the humanities published that year. She followed it up with Margaret Atwood and the Labour of Literary Celebrity (2013) which was shortlisted for the Gabrielle Roy Prize. In 2018, she published Reluctant Celebrity: Affect and Privilege in Contemporary Stardom, which theorizes reluctance as a product of privilege: the power “to publicly avow one’s mixed feelings, one’s treasonous disinclination to ‘lean in’” under neoliberalism. Subjects of study in that volume are actors John Cusack, Robert DeNiro and Daniel Craig. She is currently at work on a book about reluctance’s abjected other—eagerness—provisionally titled Unseemly: Affect, Gender, New Media, and the Denunciation of Fame Hunger.

She has also co-edited and edited several volumes: Various Atwoods (1995); Re/Calling Early Canada: Reading the Political in Literary and Cultural Production (2005) with Jennifer Blair, Daniel Coleman, and Kate Higginson; Beyond “Understanding Canada”: Transnational Perspectives on Canadian Literature (2017) with Melissa Tanti, Jeremy Haynes, and Daniel Coleman; Celebrity Cultures in Canada (2016) with Katja Lee; and Ethics and Affects in the Fiction of Alice Munro (2018) with Amelia DeFalco.

Along with Daniel Coleman, she is the co-directed of CCENA: the Centre for Community-Engaged Narrative Arts (https://ccena.ca), which aims to learn from the stories and narrative traditions through which communities imagine themselves and their relationships with each other. With this aim in mind, CCENA seeks to support and sustain art-based community listening, remembering, and story-making.

She is a member of the Royal Society of Canada and a two-time winner of the President’s Award for Graduate Supervision.