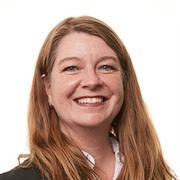 Michelle Dion's previous research addresses the ways in which economic and political processes produce different social policy outcomes in the developing world, particularly in Latin America. Using both quantitative and qualitative methodologies, her work addresses key policy questions, including: Why do national social policies vary? What effect does globalization have on policies in developing countries, particularly in Latin America? And, what shapes public preferences for policy? Her work demonstrates that the answers to these questions lie at the intersection of political power and institutions. Economic change and domestic political institutions influence the political capacity of groups to shape welfare policy outcomes.

Her book, Workers and Welfare in Latin America: Mexico in Comparative and Historical Perspective (University of Pittsburgh Press, Latin America Series, 2010), examines the role of organized labor and institutional change in the development of welfare policy in Latin America. Drawing insights from the development welfare policies in the advanced industrialized democracies and the literature in economics and political science on institutional stability and change, she develops a theoretical framework that explains how the interaction of working class power, political institutions, and policy legacies shape welfare policy outcomes. This framework is used to examine the politics and development of welfare policy in Mexico since the 1920s. Qualitative evidence from historical archives, other primary documents, and over 80 interviews with Mexican elites combined with statistical analysis of original data on worker mobilization and welfare provision demonstrate the ways in which organized workers, institutions, and policy legacies shape welfare outcomes. Contrary to common characterizations, labor unions played a central role in the development of Mexican welfare policy throughout the 20th century. However, economic and political reforms of the 1980s and 1990s changed the relationship between unions and the government in ways that led to fundamental changes in social policy. This project was supported by two nationally (U.S.) competitive graduate fellowships (1998-99, 2000-01) and one Faculty Fulbright Award (2004-05).

Other published and working papers examine the effects of pension privatization on women's welfare, model the effects of globalization and political institutions on social spending commitments, and explore the inter-relationship between macro-level income inequality and economic development and micro-level preferences regarding social policies and redistribution.

Michelle Dion is currently working on several projects related to comparative political attitudes, sexuality, and policy. She has collaborated with Dr. Jordi Díez on a series of papers that examine the relationship between individual and national characteristics and support for same-sex marriage in Latin America. In other work with Dr. Díez, she uses survey experiments to measure support for same-sex marriage and the correlates of socially desirable survey responses in Argentina. With Drs. Tina Fetner and Melanie Health, she is investigating the relationships between political attitudes, private practices, and public policies in the context of sexuality and family. This research is supported by a 5-year SSHRC Insight Grant.

Michelle Dion is interested in supervising students working in the following areas: