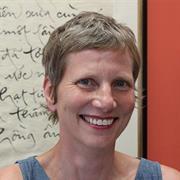 Dr. Petra Rethmann is professor of Anthropology, a faculty member in the Cultural Studies & Critical Theory program, and a member of the Institute on Globalization and the Human Condition. She is the author of Tundra Passages (2001) and co-editor ofGlobality: Frictions and Connections (in press), and the author of numerous articles that have appeared in edited volumes and in journals such as American Anthropologist, American Ethnologist, Anthropologica, Cultural Critique, and Anthropologie et Société. Her research is based in two main areas: Russia and South Africa. Over the past decade, she has devoted her attention to thinking about a number of interrelated issues concerning: cultural creativity and agency; the afterlife of particular historical movements and moments; the production of history and the place of art within it; fetishization and the violence of culture. In her writings on all of these issues she attends to questions of cultural politics and representation. Petra Rethmann is currently working on two book-length projects. The first one examines the cultural politics of left-wing collectives and movements that emerged in West Germany in the 1980s. The second project involves a critical interrogation of the South African anti-apartheid struggle, examined from a perspective of the future that never came into being.