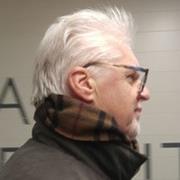 Richard T. W. Arthur is Professor Emeritus in Philosophy, living in Toronto. He specializes in early modern natural philosophy and mathematics, with special attention to Leibniz, Newton and Descartes. His research interests also include the theory of time, the infinite, and the epistemology of science, especially thought experiments. He is currently finishing a book defending the reality of becoming in modern physics. Books include G. W. Leibniz: The Labyrinth of the Continuum (Yale UP, 2001), Leibniz (Polity, 2014), Introduction to Logic (Broadview 2017) and (just out!) Monads, Composition and Force (Oxford UP, 2018).