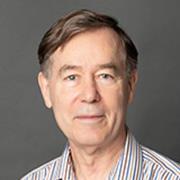 One of the unifying principles in geometry is that complex systems, such as configurations of planets and stars can often be understood by means of their symmetries. Familiar symmetries include the rotations or reflections of solids in space and the Lorentz transformations of space- time. Discrete invariants and groups of symmetry of continuous motions are studied in algebraic topology, while geometric topology is concerned with the properties of differential manifolds, or higher-dimensional surfaces. Topology developed rapidly in the period between 1950 and 1980 and is now one of the most active fields of mathematics. Symmetries of differentiable manifolds are related to algebra and number theory through group theory, and to partial differential equations and analysis through differential forms. My recent work deals with finite group actions on 4-dimensional manifolds and their connections to gauge theory, and infinite discrete group actions on high-dimensional manifolds. Both areas provide many opportunities for interesting research problems.