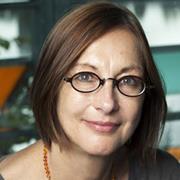 Judy Fudge first studied philosophy (McGill BA Hons, York MA) and then turned to law (Osgoode Hall Law School, York University; D Phil, University of Oxford. She began her academic career in Canada, where she was Professor at Osgoode (1987-2006) and Lansdowne Chair in Law at the University of Victoria (2007-2013), before moving to England to teach at the University of Kent (2013-2018). She has held visiting professorships and fellowships at several universities and institutes. She was a visiting professor at the Institute for Research on Migration, Ethnicity and Society (REMESO) at Linköping University (Sweden) and the NORMA research environment at the University of Lund University (Sweden), as well as Braudel Fellow at the European University Institute in Florence. In 2014-15, she was a fellow at the Institute of Advanced Studies in Nantes, France and in 2018, she was the Guest of the Director at Re:Work: IGK Work and Human Lifecycle in Global History Humboldt-Universität zu Berlin. In 2013, she was elected as a Fellow of the Royal Society of Canada and in 2014, she received an honorary doctorate from the Faculty of Law at the University of Lund.

Judy takes a socio-legal approach to studying work and labour, and is committed to fostering a multi-disciplinary approach to understanding the challenges and opportunities facing workers. Her initial research was on Canadian labour law history and precarious work. She has written widely in the broad area of labour law, most recently focusing on the labour/migration law nexus, citizenship at work and feminist approaches to labour law. She has worked with women's groups, legal clinics, trade unions and the International Labour Organization.

Her most recent work focuses on labour exploitation, modern slavery and unfree labour in the context of labour migration, and she’s working on a book on that topic.