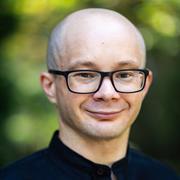 My primary field of research is European philosophy of the nineteenth and early twentieth century (also known as Continental philosophy). I am especially interested in political, social, cultural, and aesthetic issues. My current research centers on the history of the “philosophy of life” (Lebensphilosophie): from its first systematic formulations in Schopenhauer and Schlegel, through its main forms in the late nineteenth century (Nietzsche, Dilthey and Simmel) and in the Weimar Republic, all the way to its entanglement with National Socialism. My research project has two foci: 1) I examine the contribution of philosophy of life to the emergence of the problem of relativism. It is my goal to show that both the history of the concept of life and the historical debates on relativism should be brought to bear on current debates. 2) I critically examine Nazi ideology and explore how philosophers contributed to the justification of Nazi racism. I understand my work on the history of racism as a groundwork for a thorough critique of its current forms.
Here is a video talk of mine on "Dehumanizing Strategies in Nazi Ideology and their Anthropological Context:" https://www.macvideo.ca/media/TalkA+Dehumanizing+Strategies+in+Nazi+Ideology+and+their+Anthropological+Context/1_prhqyqct

I have a broad interest in the modern history of European philosophy until today. I am happy to supervise graduate research on a full range of topics, figures (e.g. Nietzsche, Hegel, Benjamin, or Foucault), and movements (e.g. Critical Theory, German idealism, or romanticism) in European philosophy. I am also interested in supervising work in political philosophy, aesthetics, and philosophy of race, especially if the project has a historical focus.