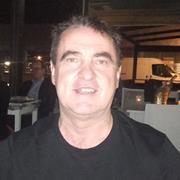 Dr. Neil McLaughlin is Full Professor in the Department of Sociology at McMaster University. His research focuses on the sociology of public intellectuals, the sociology of reputations, the international spreading of conspiracy theories and the sociological dynamics of disciplines, universities and ideas. He is currently working on the political correctness debates and the Jordan Peterson controversy. He has studied the rise and goal of the reputation of critical theorist Erich Fromm, the radical writings of Noam Chomsky, the philanthropy of George Soros, the public intellectual debate in Canada the missing women Canadian public intellectuals, the crisis and renewal of Canadian sociology, the writings of Edward Said, David Riesman and George Orwell.