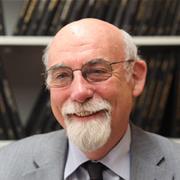 Stephen McBride joined the Department of Political Science on July 1, 2010 as Professor and Canadian Research Chair in Public Policy and Globalization. He is an Associate Member of the School of Labour Studies; Adjunct Professor at the United Nations University- Institute for Water, Environment and Health; and a member of the Institute for Globalization and the Human Condition. His research deals with issues of comparative public policy, globalization, and political economy. He is the author of Not Working: State, Unemployment and Neo-conservatism in Canada (1992 – winner of Smiley Prize 1994), Paradigm Shift: Globalization and the Canadian State (2001; 2nd edition 2005, winner of the 2007 Weller Prize), and Working? Employment Policy in Canada (2017). He is also the co-author of Dismantling a Nation: Canada and the New World Order (with John Shields, 1993; 2nd edition 1997) and Private Affluence, Public Austerity: Economic Crisis and Democratic Malaise in Canada (with Heather Whiteside, 2011). Stephen has also co-edited several volumes including: Austerity: The Lived Experience (2017); The Austerity State (2017); After '08: Social Policy and the Global Financial Crisis (2015); Work in a Warming World (2015); Orchestrating Austerity: Impacts and Resistance (2014); Relations of Global Power: Neoliberal Order and Disorder (2010); The OECD and Transnational Governance (2008); and International Trade and Neoliberal Globalism: Towards Reperipheralisation in Australia, Canada and Mexico (2008). His current research includes projects on employment policy regimes in the aftermath of the financial and economic crisis; and the political economy of austerity and work.