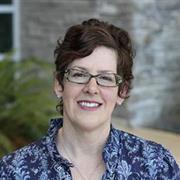 Karen Bird is Professor of Political Science, specializing in comparative politics. Her work focuses on ethnic and gender diversity, intersectionality, and the political representation of women, indigenous groups, and immigrant-origin and ethnic minorities in parliaments around the world.

Professor Bird is a co-investigator on The Impact of Digital Technology on First Nations Participation and Governance, a collaborative partnership investigating the use and impact of Internet voting in First Nations communities in Ontario. She is collaborating on the Toronto Election Study, where she is examining who votes for women and racialized candidates in a non-partisan municipal context. She also sits on the Advisory Board for the PATHWAYS Project, a cooperative international endeavor on the political representation of citizens of immigrant origin in seven European democracies. Her newest project is an examination of electoral quotas and reserved seats for indigenous and ethnic groups in 30 countries around the world.

Her work on these topics appears most recently in the Canadian Journal of Political Science; Politics, Groups and Identities; theInternational Political Science Review; as well as numerous edited volumes. She is co-editor, with Thomas Saalfeld and Andreas Wüst, of The Political Representation of Immigrants and Minorities: Voters, Parties and Parliaments in Liberal Democracies(Routledge 2011).

Professor Bird’s work has been funded by several grants including the Social Sciences and Humanities Research Council (Canada), the National Science Foundation (US), and the Centre National de Recherches Scientifiques (France).

She is a member of the Executive Committee of the Representation & Electoral Systems Section, American Political Science Association. Professor Bird is on research leave from January through June 2016, during which time she will be a visiting fellow with the Electoral Integrity Project, Harvard University and University of Sydney.