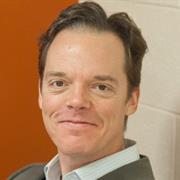 James’ s last major project focused on the idea of cosmopolitanism. It sought to salvage the idea from the taint it had acquired not only by its association with the interventionist policies of the 2000s, but from its long entanglement with different imperialisms. This work culminated in his 2013 book, Radical Cosmopolitics, and continues in ongoing work around universalism and the politics of human rights.

His current major project, supported by a SSHRC Insight Grant, looks at how the idea of ‘ the political’ has been redefined and contested in western political thought over the course of the twentieth century. Starting with Max Weber and Carl Schmitt in interwar Germany and proceeding to contemporary radical democracy and calls for a ‘ realist’ or ‘ political’ turn in analytical political philosophy, this work applies the tools of intellectual history to the recent past in order to show that there is always a ‘ politics of the political,’ and to uncover what some of its politics have been.

Alongside these projects, James maintains a lively interest in new debates in critical as well as democratic theory. He has also worked extensively as a translator from French (Étienne Balibar, Jacques Rancière, Jacques Derrida) as well as German (Axel Honneth, Reinhart Koselleck, Christoph Menke).