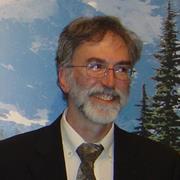 Bill Garland is Professor Emeritus of Nuclear Engineering in the Department of Engineering Physics at McMaster University (Ontario, Canada). He specialized in reactor physics and thermalhydraulics. Since 2000, he has been Academic Director of CANTEACH, the public on-line library for technical information on CANDU reactors. On partial and full secondment from McMaster from 2004 to 2008 he served in various capacities within the University Network of Excellence in Nuclear Engineering (UNENE), namely Secretary / Treasurer, Program Director, and Executive Director. Since retiring from McMaster he served as UNENE President until September 2009. From October 2009 to September 2011 he was Academic Consultant to UNENE with Knowledge Management as the primary duty. He is the editor-in-chief of The Essential CANDU - a textbook on the CANDU nuclear power plant technology ( www.nuceng.ca/candu).

He served as Department Chair in the Department of Engineering Physics at McMaster from 1988 to 1994 and was Director of MNR (McMaster Nuclear Reactor) for 1994 to 1995 leading up to the decision to revitalize reactor operations. Subsequent to that he is took a lead role in MNR safety analysis and operational support analysis.

From 1975 to 1983, he worked in the Canadian Nuclear Industry specializing in CANDU heat transport system analysis and design (Darlington and CANDU 6). The major effort from early 1980 to mid 1983 was in heat transport system stability investigations leading up to the now standard header to header interconnection. This included pre and post test analysis, coordination of AECL's process team, test planning, and liaison.

While on research leave at Harwell Nuclear Labs in England, Bill conducted knowledge engineering for heat exchanger selection and developed a heat exchanger selection computer code which became a commercial product distributed through the international company HTFS. In addition, computerized water property functions developed at McMaster are in use in about 13 countries by over 120 users in 51 institutions and major engineering firms worldwide.

Bill received the CNS Education and Communication Award in 2001 and became a CNS fellow in 2006.