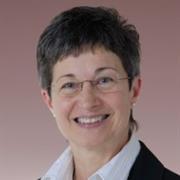 Alba DiCenso, CM, PhD, FCAHS is a Professor Emeritus in the School of Nursing and the Department of Health Research Methods, Evidence and Impact (formerly the Department of Clinical Epidemiology and Biostatistics) at McMaster University in Hamilton, Ontario, Canada (where she taught and conducted research for 35 years). From 2001 to 2011, she held the CHSRF/CIHR Chair in Advanced Practice Nursing (APN), the mandate of which was to increase Canada’s capacity of nurse researchers conducting APN-related health services research that serves the needs of health managers and policy makers. From 2002 to 2012, she was the Director of the Ontario Training Centre in Health Services and Policy Research (OTC). As the OTC Director, she led a consortium of 6 universities working collabratively with policy makers to offer training for graduate students in health services and policy research.

Alba was the lead author of the Discussion Paper that preceded the provincial government’s announcement to introduce nurse practitioners in Ontario in 1994, and the lead investigator of a series of research studies that introduced and evaluated neonatal nurse practitioners in tertiary level neonatal intensive care units. She has also studied the barriers and facilitators to the integration of NPs in primary health care in Ontario. In 2010, she led the completion of a decision support synthesis on Clinical Nurse Specialists and Nurse Practitioners in Canada and in 2014, she led the completion of a systematic review of the effectiveness and cost-effectiveness of advanced practice nurses.

From 1998 to 2003, Alba was the lead editor of the Evidence-Based Nursing Journal and she is the lead editor of the text, Evidence-Based Nursing: A Guide to Clinical Practice published by Elsevier. In November 2008, Alba received a Centennial Award from the Canadian Nurses Association. In 2010, she became a Fellow of the Canadian Academy of Health Sciences and an Honorary Member of the Nurse Practitioners’ Association of Ontario. In 2014, she was appointed to the Order of Canada and in 2016, she was inducted into McMaster’s Faculty of Health Sciences’ Community of Distinction.

Now in retirement, Alba and her husband live on a rural property where they are conservationists working to promote the resurgence of at-risk species such as monarch butterflies, bluebirds, wood ducks, brook trout and snapping turtles. In the community, she presides at Canadian citizenship ceremonies.