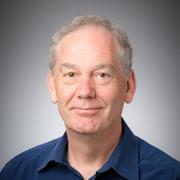 Dr. Buijs was with Atomic Energy of Canada Limited from 2001 to 2008, first as senior scientist in safety and licensing in the Reactor Core Physics division, then as section head for neutronic overpower protection in CANDU reactors.

In 2006 he became manager of the Physics Design group for the ACR-1000. In 2009 Dr. Buijs was appointed as professor in the Engineering Physics Department of McMaster University in Hamilton. He has served as associate chair in the department and has acted as chair.

Dr. Buijs has a Master’s degree in experimental physics from the State University in Utrecht. He received a PhD from the same University on research on photon-photon collisions performed at the Stanford Linear Accelerator Center in California, USA. Prior to joining AECL, He was Fellow and staff member at CERN, the European Centre for Particle Physics from 1986 to 1994. From 1994 to 2001 he was full professor of experimental physics at Utrecht University and director of the particle physics department.