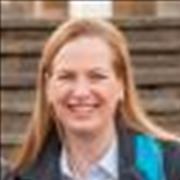 Carol Bassim graduated Dental School in 2004 from the University of Florida. She then spent several years with the Veterans Affairs Medical Center in Washington DC as a Clinical Research Fellow (2004-2007), and next as a Research Fellow of the NIDCR, of the National Institutes of Health (NIH) (2007-2009). In 2010, Carol became a Staff Scientist with the Clinical Center of the NIH (2010-2015), and attained a MHS from Duke University in 2013. She became the Deputy Director, Division of Oral Health, of the Indian Health Service in Washington, DC, acting as the national Health Promotion and Disease Prevention Coordinator, in 2015. Carol is a Section Editor for the Journal of the American Geriatrics Society.