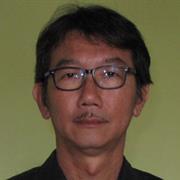 Kee Yong is Associate Professor of Anthropology and an advisory member of the Institute on Globalization and the Human Condition. He has done research on communism and the sacrificed of the Chinese Hakkas in post-Cold War Sarawak, Borneo and has written on various aspects of the silencing of this Cold War history. Like his previous research, his current project is concerned with the ways in which regimes of fear affect the way the minorities relate to one another and to those in authority – in this case how Muslimness in southern Thailand are produced, under what constraints and structures, and by what technologies of affect and force. The research also seeks to illuminate the reasons some Muslim men (and not the women) are invoking a certain past, and how that past and the sign of its religiosity are becoming increasingly masculinized. His current research is part of a larger project on separatist movements seeking national liberation in different (and yet similar) geopolitical settings. In this regard, this project is a continuation of his earlier work insofar as he focuses on the relationship between violence, history, memory, economics, and political formations.