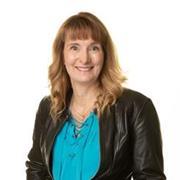 Dr. Wylie’s research focuses on Canadian and American foreign policy, Latin American and Caribbean politics with an emphasis on Cuba, and international relations. Her book, Perceptions of Cuba: Canadian and American Polices in Comparative Perspective ( University of Toronto Press, 2010) compares Canadian and American policies toward Cuba. She has two co-edited volumes on Canadian foreign policy or policy toward Cuba. They are Canadian Foreign Policy in Critical Perspective (with J. Marshall Beier) (Oxford University Press, 2010); Our Place in the Sun: Canada and Cuba in the Castro Era (with Robert Wright) (University of Toronto Press, 2009). She is the recipient of a research fellowship from the Canadian International Council to study the Canadian-Cuban relationship. She was the guest editor of an issue of Canadian Foreign Policy Journal entitled “The Politics of Canada-Cuba Relations: Emerging Possibilities and Diverse Challenges.” Her forthcoming works include Other Diplomacies, Other Ties: Cuba and Canada in the Shadow of the US (forthcoming, University of Toronto Press). This co-edited volume conceptualizes the Cuba-Canada relationship through interactions among non-state actors across cultural, state, linguistic and similar boundaries.