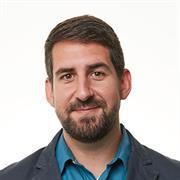 Historically, cultures around the world have had very different ideas about normalcy and abnormality. Though “what’s normal” might seem straightforward at any given moment, concepts come and go over time and place. Just in the past few decades in North America, homosexuality and many of the behaviours associated with “female hysteria” have shifted from being seen as pathologies to being understood as normal human behaviour. Meanwhile, hyperactivity and shyness have drifted in the other direction. Concepts like depression may stick around, but their definitions evolve.

Increasingly, though, some scholars suggest that the world is moving toward shared beliefs about what kinds of behaviours should be embraced, tolerated, treated, or punished. Mat Savelli is interested in whether and why this is happening.

To explore these questions, Savelli studies subjects including psychiatry in Yugoslavia (1945-1991), global psychopharmaceutical marketing (1953-2013), and the globalization of the life sciences. His other research interests are diverse, focusing on contemporary tobacco packaging regulations, student use of stimulants as study aids, and the scientific culture of the Non-Aligned Movement.

Savelli recognizes many possible contributing factors to the evolution of normalcy and abnormalcy – scientific progress, effective marketing, the cultural impact of globalization, among others – and he enjoys bringing these debates into his classes.