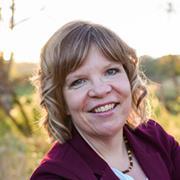 SABINE SANDER is a Visiting Professor in the Department of Sociology at McMaster University in Hamilton, Ontario, working in the Lawrence Krader Research Project. She teaches Cultural Studies at the University of Koblenz-Landau and is an affiliated researcher at the Max Weber Centre for Advanced Cultural and Social Studies at the University of Erfurt in Germany. From 2008 to 2014 she worked on a German-Israeli Research project on linguistic and cultural theories in the German-Jewish context, as well as in a research group on Religious Individualization in Historical Perspectives. Her interests include cultural, social and linguistic theories, Jewish philosophy, anthropology, the history of ideas, sociology of knowledge, and aesthetics. Along with various articles, she is the author of Dialogic Responsibility. Concepts of Mediation and Understanding of Otherness in the German-Jewish Context (2017), for which she was awarded the Max Weber Award. She received her Ph.D. on The Topos of the Unrepresentable about the aesthetic concepts of Theodor W. Adorno and Jean-François Lyotard (2008) and is the editor of Language as Bridge and Border (2015).