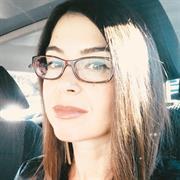 Her core research interests lie in the areas of international relations theory, globalization and transnationalism, the politics of the Global South, and political violence. She is particularly interested in colonialism and decolonization, anticolonial theory and praxis, North Africa and the Middle East, political Islam, and decolonial/postcolonial approaches to IR.

Her current project examines Third Worldism as a global political project, with a particular focus on Algeria. More specifically, this project pursues two directions. The first attempts a diagnosis (however partial and incomplete) for the reductionism into which the Third World liberation state (inevitably) fell, while suggesting an alternative political horizon that comes closer to Fanon’s idea of ‘national consciousness’, especially in its attention to the ‘international dimension.’ The second focuses on a number of Algerian intellectuals: their involvement in Algeria’s decolonization struggles translated into translocal solidarity with other decolonization projects, whether in Vietnam or in Palestine or with the political activism of Western intellectuals, such as Jean Genet and James Baldwin. These lateral engagements speak of an unrealized potential of Third Worldism as a political and intellectual project, pushing against the rigid boundaries of programmatic nationalism, and gesturing towards a Third World space experienced as lateral engagement, anticolonial connectivity and decolonial promise.