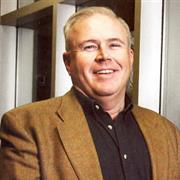 Marvin Ryder has taught for 34 years and has mentored more than 7,000 graduate and undergraduate students.

In 2000, Marvin was named as Chair of the Transition Board for the new City of Hamilton. During the Board’s one-year life, it organized the municipal election, created a new Hamilton Hydro corporation, and set service levels and budgets for a new, larger City of Hamilton. The Board identified more than $25 million in operational savings within the billion dollar City budget and developed a plan to reduce industrial and commercial property taxes by five percent – the first reduction in over a decade. This municipal work built on his earlier experience serving from 1990 to 1996 on the Board of Directors for Copps Coliseum, Hamilton Place, and the Hamilton Convention Centre (HECFI).

In 2001, Marvin was announced as Chair for the Hamilton Health Sciences Board of Directors responsible for operating the second largest hospital in Ontario with an annual budget over $1.0 billion. The seven sites (Henderson, General, McMaster, McMaster Children’s, Chedoke, St. Peter’s, and the Juravinski Cancer Centre) not only served as community hospitals but had regional specializations in geriatric care, cardiac care, oncology, and women’s and children’s health. He became Past Chair of the Board in 2003 and retired from the Board on June 30, 2010.

In 2011, Marvin retired from the Boards of the Bay Area Health Trust (nine years) and the Desjardins Credit Union (three years). The latter coincided with the amalgamation of Desjardins with Meridian Credit Union on June 1, 2011.

He has written more than seventy case studies illustrating marketing, business strategy, and entrepreneurship problems Half of them have been published in leading Canadian marketing texts including case studies on Porsche, Union Gas, Crayola, and Molson Breweries.

Today, Marvin is most recognized for nearly 350 appearances annually on television (CTV, CBC, Global, and CHCH-TV), radio (CHML, Newstalk 1010, Spice 1200AM, CKTB 610AM, and CFPL 980AM), and in newspapers (National Post, Toronto Star, Globe and Mail, and the Hamilton Spectator) commenting on business issues of the day.