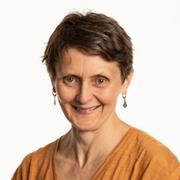 Susie O’Brien has been at McMaster since 1997. Her teaching and research are in literary and cultural studies, with a focus on postcolonial environmental humanities. SSHRC-funded research includes participation as a co-investigator in an MCRI (Major Collaborative Research Initiative) on Globalization and Autonomy (2002-2007), and individual projects focused on postcolonialism and the environment (2001-2004) and a study of the concept of resilience in postcolonial culture and ecology (2009-2012). She is also a collaborator on a project funded by the Spanish Ministry of Economy and Competitiveness (2016-2019) on narratives of resilience. Her publications, which include essays in Resilience: A Journal of the Environmental Humanities, Globalizations, Postcolonial Text, Canadian Literature, Cultural Critique, Interventions, Mosaic, and South Atlantic Quarterly, focus on postcolonial ecology, the slow and local food movements, risk and resilience. She is currently working on a book, tentatively titled Unsettling Resilience Stories, which analyzes the usefulness and the limitations of the concept of resilience through an anti-colonial ecocritical lens. An offshoot of this project is a study of the discipline of scenario planning, a practice used by a range of actors, from military strategists to environmental managers, for coping with a future understood to be rife with uncertainty. It looks to postcolonial literature as a counter-discourse that works to challenge the epistemological framework, and spatio-temporal politics of scenario planning, allowing us to imagine more equitable futures. This study contributes to the work of the interdisciplinary Globalization and Time Working Project at McMaster.