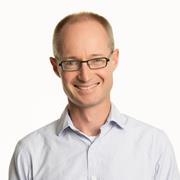 My primary field of research is ancient Greek and Roman philosophy. Within ancient philosophy, I am especially interested in ancient ethics and psychology, and in points of connection between the two (e.g ancient theories of virtue and vice, desire, action, perception, pleasure, and emotion). I also have interests in medieval and early modern philosophy, in contemporary ethics (including virtue ethics and theories of well-being), and in some topics in philosophy of mind (e.g. perception, emotions).

I am originally from Christchurch, New Zealand, where I completed my undergraduate studies at the University of Canterbury. I also hold a Master’s degree from the University of Melbourne and a Ph.D. from Princeton University, where I wrote my dissertation on Plato under the supervision of Hendrik Lorenz and John Cooper. I joined the McMaster department in 2009.