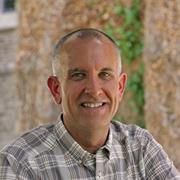 His teaching and research interests are rooted in critical approaches to security studies and international relations theory, in particular postcolonialism, poststructuralism, and feminist approaches. Established and ongoing areas of inquiry deal with issues of indigeneity in advanced colonial contexts and with child/youth rights and political subjecthood across various settings. Other interests include issues of human security, weapons proliferation, arms control, and disarmament. As a 3M National Teaching Fellow and member of the Society for Teaching and Learning in Higher Education, he is also interested in pedagogy both in practice and as an area of research focus. He is active with and serves on the Faculty Advisory Committee of the McMaster Children and Youth University and carries out research on other such initiatives outside of North America.

In his core research he explores two broad areas of empirical focus through theoretical lenses fashioned by a commitment to the constructedness of social life. The first of these involves intersections between indigeneity and conceptual treatments of security and the realm of the international. This work has been concerned with exploring tensions between Indigenous discourses of global politics and varied attempts by Indigenous people(s) to make their voices heard in the established international system and its attendant institutions.

Informed by the same conceptual commitments, he is also carrying out a multi-year project on the militarization of childhood as well as child/youth rights and social/political participation. Among the outputs of this work are an edited volume (recently reprinted in a paperback edition) and a special issue of the journal, Critical Studies on Security, as well as other contributions dealing with impediments to children's exercise of rights in both local contexts and in connection with the United Nations Convention on the Rights of the Child. Related research considers issues of child/youth political subjecthood with particular emphasis on questions of responsibility pertaining to trauma visited on young people both within and beyond zones of conflict.

Drawing on insights from his theoretical work, the balance of his research agenda is marked by an interest in offering new perspectives on contemporary security issues. Projects in this vein have focused variously on ballistic missile defence, the movement to ban antipersonnel landmines, the 'Revolution in Military Affairs,' and emergent autonomous weapon systems.