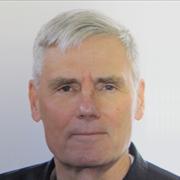 John Weaver received his B.A. from Queen’s University in 1969. He studied at Duke University as a James B. Duke Commonwealth Scholar and completed his Ph.D. in 1973. A member of the Department of History since 1974, he was made an Associate Member of the Geography Department in 1988. In 1991 and 1993, he was a Visiting Research Fellow in the Research School of Social Sciences at Australian National University. He served as chair of the McMaster History Department from 1988 to 1993, and Dean of Graduate Studies from 1994 to 1999. John’s research interests have included urban government, housing and suburbanization, criminal justice and, most recently, land policy on nineteenth-century settlement frontiers. The Great Land Rush and the Making of the Modern World, 1650-1900 received the Albion Award of the North American Conference on British Studies and the Ferguson Prize from the Canadian Historical Association. A French edition was published in 2006. A prior book, Crimes, Constables and Courts, deals with the Ontario criminal justice system from the early 1800s to the 1970s. With Michael Doucet, he wrote Housing the North American City (1991). From 1987 to 1993, he edited the Urban History Review. He and his colleagues Will Coleman and Steve Streeter, all members of the Globalization Institute, are jointly editing a collection of essays on globalization and history. As well, he is working on a study of suicide from 1800 to 2000. He takes pride in the achievements of his graduate students who are making contributions to urban history, legal history, and the history of Ontario. A dozen of his Ph.D. students completed their degrees and several published related books.

Currently, Dr. Weaver is on a project called "The Organic Evolution of Global Capitalism: Western Enterprise and Sea-borne Trade, 1200-the present." Rather than considering the usual material of trade items and paths, and shipping technology, the study should offer some new outlooks that include economic intangibles: making markets, property-rights in vessels and trade enclaves, dispute resolution, time-cargo efficiencies, and state supports.

For an in-person introduction to Dr. Weaver's scholarly and teaching interests, please visit his Faculty Spotlight video on Youtube.