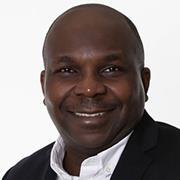 Dr. Bonny Ibhawoh is a professor of history and global human rights at McMaster University, Canada. His research interests are global human rights, peace/conflict studies, legal and imperial history. He has taught in universities in Africa, Europe and North America. Previously, he was a Human Rights Fellow at the Carnegie Council for Ethics and International Affairs, New York and Research Fellow at the Danish Institute for Human Rights, Copenhagen. He is the author of Human Rights in Africa (Cambridge University Press, 2018); Imperial Justice (Oxford University Press, 2013) and Imperialism and Human Rights (SUNY Press, 2007). Dr Ibhawoh is member of the College of Scholars of the Royal Society of Canada and Chairs the United Nations Expert Mechanism on the Right to Development.

He teaches in the Department of History and the Centre for Peace Studies. He also teaches in the McMaster Arts & Science Program and the Institute on Globalization and the Human Condition. He has taught in universities in Africa, Europe and North America. Previously, he was a Human Rights Fellow at the Carnegie Council for Ethics and International Affairs, New York; Research Fellow at the Danish Institute for Human Rights, Copenhagen.

He has additionally delivered 38 scholarly presentations in international venues around the globe – especially, since 2014, as a highly sought-after panel discussant or keynote speaker – and has led or collaborated in 11 successful research funding applications (with grant values totalling nearly $4 million). Of these, the majority have been funded by highly competitive programs under the auspices of the Social Sciences and Humanities Council of Canada (SSHRC), with research support also coming from a wide range of non-governmental organisations such as UNESCO, the Asper Foundation, the Danish National Institute for Human Rights in Copenhagen, and the Carnegie Council for Ethics and International Affairs in New York.

Dr. Ibhawoh has been invited by the United Nations Development Program (UNDP) to facilitate high level workshops on “Governance in Africa” involving former heads of state, senior diplomats and policy makers. In 2018 he received the Nelson Mandela Distinguished Africanist Award from the University of Texas at Austin “in recognition of sustained and distinguished contribution to research and the promotion of African affairs.” Dr Ibhawoh is a member of the College of New Scholars of the Royal Society of Canada, a recipient of the McMaster Student Union Teaching Award and the John C. Holland Professional Achievement Award.