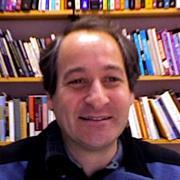 Humans take for granted our ability to perceive the external world, but how does the nervous system accomplish this remarkable feat? Perception begins with physical stimuli that activate sensory cells in the eye, ear, or skin, but it ends with an inference made by the brain. Our sensory organs encode physical stimuli as patterns of electrical impulses that enter the central nervous system, where our neural machinery mysteriously works "behind the scenes" to decode those impulse patterns in order to generate perceptual conclusions. How does this happen?

Our laboratory investigates this question with a focus on the sense of touch. Using a combination of experimental and theoretical approaches, we consider perception from the points of view of physics (the mechanical stimulus to the skin), neurophysiology (the neural response), and probability calculus (the perceptual inference).

We attempt to understand fascinating phenomena such as perceptual learning, sensory compensation in blindness, sex differences in tactile acuity, the sense of touch during development and aging, and sensory illusions. An ultimate goal of our research is to formulate mathematically accurate models of human perception that have the predictive power and elegance of the equations of physics.