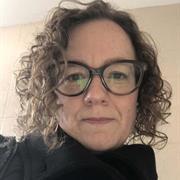 My research focuses on public mourning, violence, and cultural memory, and contemplates what makes a life widely “grievable” in the context of contemporary, colonial Canada. I am also interested in how creative forms of cultural production (fiction, art, photography, film, performance) disrupt and reframe common-sense understandings of whose lives (and deaths) matter.

My current research turns to high-profile cases of public mourning in Canada to consider what these cases communicate about whose lives matter most. This project juxtaposes public mourning and memorial projects that respond to missing and murdered Indigenous women; to the 1985 bombing of Air India Flight 182; to murders of Black people by police; and to the Toronto gay village murders, and considers how creative forms of resistance, including writing, art, and activism, have disrupted a public willingness to forget these deaths or to frame them as not mattering.

I am also in the initial stages of a project on queer archiving, through which I am revisiting Canadian lesbian and gay writing, art and activism from 1969 to 1989 in an effort to interrupt mainstream retellings of this history that tend to center the lives and stories of white gay men.

These projects build on my previous research. My first book, Remembering Vancouver’s Disappeared Women: Settler Colonialism and the Difficulty of Inheritance (University of Toronto Press, 2015), offered a timely critical analysis of representations, memorials, and activist strategies that brought the story of Vancouver’s disappeared women to the attention of a wider public. Awarded the Canadian Studies Network (CSN-RÉC)'s 2016 prize for the Best Book in Canadian Studies, the Women’s and Gender Studies et Recherches Feministes Association’s 2017 Outstanding Scholarship Prize (co-winner), and the 2017 Donald Shepherd Book Prize by the McMaster Faculty of Humanities, the book explores the potential that varied approaches to public mourning and memorialization hold for provoking a much wider sense of implication in the disappearances or murders of the women in question, and in doing so it provides provocations for reconsidering how and why their violent deaths were possible in the first place.

My next research project focused on developing the connections between public mourning and the (re)production of an idealized “Canadian-ness” that privileges whiteness and conventional expressions of gender and sexuality. By analyzing examples of public mourning and memorialization occurring in the wake of the 2005 Mayerthorpe RCMP murders, the 1985 bombing of Air India Flight 182, and the disappearance or murder of 1200 or more Indigenous women across Canada, I examined how some violent deaths are quite clearly represented in a national framework as mattering more than others, and explored how this challenges popular understandings of Canada as a multicultural mosaic premised on equality. This research resulted in several book chapters and journal articles, and led to a co-edited book with Chandrima Chakraborty and Angela Failler, Remembering Air India: The Art of Public Mourning (University of Alberta Press, 2017).

I am also committed to community-engaged and experiential teaching and learning, and I have written about my praxis in previous articles and in a recent book chapter, “Colonialism, Neoliberalism, and University-Community Engagement: What sorts of encounters with difference are our institutions prioritizing?” With Susanne Luhmann and Jennifer L. Johnson, I have also co-edited a collection of essays on this topic titled Feminist Praxis Revisited: Critical Reflections on University- Community Engagement (Wilfried Laurier University Press, 2019).