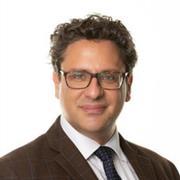 Sean Corner is a professor in the Department of Classics and currently serves as Associate Dean (Academic) in the Faculty of Humanities. He studies ancient Greek history, specifically political society and culture in Archaic and Classical Greece (750-323 BCE). His research draws on social theory and integrates literary and material sources to analyze the social structure and political values of the Greek polis or citizen-state. He is concerned especially with the inter-relationship of private, social, and public life in the construction of political community. The polis represented a singular form of state, one that fits neither the prevalent, Weberian model of statehood nor prevalent models of state formation and the evolution of human societies. In his research, Dr. Corner seeks to offer a holistic treatment of the citizen-state in terms of socio-political institutions, socio-economic structures, systems of belief and value, and cultural psychology. He is currently writing a monograph, provisionally entitled, Symposium and Polis: Conviviality and Civic Culture in Archaic and Classical Greece. The book analyzes the social meaning and function of the Greek banquet and asks what light this sheds on the origins and development of the polis. It argues that the rituals of dinner provided a sentimental education in citizenship and that the dining room was a key space for the building of civic community in the face of tensions endemic in the polis. Bridging antiquity and the present, Dr. Corner is also interested in how ancient political thought might be brought into fruitful dialogue with the concerns of contemporary political philosophy and in how historical experience and philosophical and empirical moral psychology can illuminate our present politics.