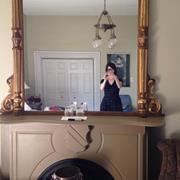 She is the author of Witnessing AIDS: Writing, Testimony, and the Work of Mourning (University of Toronto Press, 2004) and of essays in venues such as The End of Empire and the English Novel Since 1945, Contemporary Women’s Writing, Literature and Medicine, and PMLA. Her editorial projects for journals include a forum on “Movement” in autobiographical practices across the Americas with Ricia Anne Chansky (forthcoming 2019), a special issue of a/b: Auto/biography Studies on “Embodiment” (2018), and a special issue of Interventions on “Postcolonial Intimacies” with Phanuel Antwi, Helene Strauss and Y-Dang Troeung (2013). With Janice Hladki, she co-curated two exhibitions for the McMaster Museum of Art, co-edited a special issue of The Review of Education, Pedagogy, and Cultural Studies, and co-edited the interdisciplinary book, Embodied Politics in Visual Autobiography (University of Toronto Press 2014), which examines the cultural politics of health, disability, and the body in visual forms such as photography, video art, graphic memoir, film, body art and performance, and digital media.

Dr. Brophy’s current research has two strands. With the support of a SSHRC Insight Grant (2017-20), she is studying the relationship between digital self-portraiture and critical feminist, mad, and crip artists’ multi-platform projects, and her essay on digital labour and post-slavery memory in the selfies elicited by Kara Walker’s controversial installation “A Subtlety” considers the problems and possibilities of art and social media convergences. The second major thread of her scholarship traces the forms of sociability, intimacy, cosmopolitan dreaming, and critical cultural memory generated in Britain since 1945 in Black, queer, working-class, and feminist literature and culture, and addresses authors including Pat Barker, Alan Hollinghurst, Adam Mars-Jones, Jackie Kay, Andrea Levy, Caryl Phillips, Zadie Smith, and Jeanette Winterson.

At McMaster, she has been recognized for outstanding teaching and mentoring work. In 2004, she won the McMaster Students Union (MSU) Teaching Award for the Faculty of Humanities and the MSU Merit Award for New Instructors, and in 2012, she won the President’s Award for Excellent in Graduate Supervision. In 2014, Dr. Brophy was named a Member of the College of New Scholars of the Royal Society of Canada. She is Associate Editor of the journal a/b: Auto/Biography Studies (2016-) and former Reviews Editor for Contemporary Women’s Writing (2014-17).