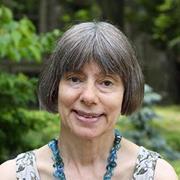 Over the past three decades, my research has centred on experiences of social, emotional and bodily crisis as well as healing. My initial fieldwork, in 1983-84, in Brittany, France, focused on interpretations of death and dying. I was particularly interested in changes in Breton responses to death that had accompanied social change in this region since 1945. My research on death led me in two directions: anthropology of religion and medical anthropology. In the late 1980s, I worked on the relationships between alternative healing and the biomedical system in Brittany. In addition, I edited a volume of papers on the tensions between Catholic orthodoxy and popular definitions of religion in Europe. My dual focus on religion and healing inspired me to work on pilgrimage. In the 1990s, I did fieldwork on local pilgrimages in Brittany and on a Marian apparition shrine. More recently, I worked at Les Saintes-Maries de-la-Mer in southern France, a shrine that is particularly important for Roma pilgrims. From 2005-07, I was president of the Society for the Anthropology of Religion, a sub-section of the American Anthropological Association. In the summer of 2012, I participated in the Tro Breiz, a walking pilgrimage in Brittany that links the medieval cathedral towns of the region. Although I am still passionately interested in pilgrimage and other religious quests to understand the world, my current work deals with responses to existential crises evoked through encounters with autism spectrum disorders and mental illness.