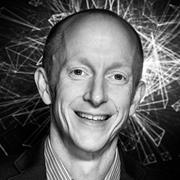 Currently serves as the Associate University Librarian for Library & Learning Technologies at McMaster University in Hamilton, Ontario, where he also occupies the role of Administrative Director of the Lewis & Ruth Sherman Centre for Digital Scholarship. He has filled a wide range of roles in libraries, primarily in collection development, public services, Web services, and information technology management. After starting out in libraries and IT at Washington University in St. Louis, he embarked on his professional library career at the University of Utah, with subsequent stays at Yale University and Kansas State University before joining McMaster in 2011. In 2009-2010, he was a visiting professor in electronic publishing and multimedia at the University of Applied Sciences in Leipzig, Germany, teaching in their library science, publishing, and museum studies programs. His ongoing research project involves documenting the cultural manifestations of the German-speaking minority that remained in the Czech and Slovak Republics after the 1946 expulsion decrees.