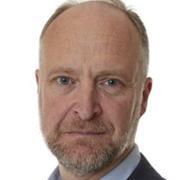 Matthew Woolhouse studied composition with Robert Saxton and piano with Frank May at the Guildhall School, London, UK, before completing Masters and PhD degrees with Ian Cross at the University of Cambridge. Currently, he is an Associate Professor in the School of the Arts and an Associate Member of the Department of Psychology, Neuroscience & Behaviour. He teaches a range of music theory, analysis, and composition courses, and is the Director of the McMaster Symphony Orchestra. In 2013, he founded the Digital Music Lab in association with Nokia Music, where he conducts research into music downloading, music perception, music and Parkinson’s disease, and the observation dance. His work is published in leading journals, including Frontiers (Human Neuroscience and Psychology), Proceedings of the Royal Society A, Psychology of Music, and Music Theory Spectrum. His research has attracted significant funding and multiple awards, including three Canadian Tri-Council grants, McMaster’s Synergy Award (in recognition of excellence in interdisciplinary research and commitment to innovation), and the Provincial Government of Ontario’s Early Researcher Award. Before joining McMaster in 2011, Woolhouse was a Research Fellow at Wolfson College, University of Cambridge.