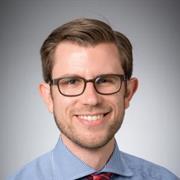 Lydell Wiebe received his BASc (2005) and PhD (2013) in Civil Engineering from the University of Toronto, and his MSc in Earthquake Engineering from the ROSE School in Pavia, Italy (2008). He is an Associate Member of the Technical Committee for CSA S16 (Design of Steel Structures) and the Vice Chair of Working Group 9 (Seismic Design) for that Committee. He has received the GJ Jackson Fellowship Award (2005) and the HA Krentz Research Award (2015) from the Canadian Institute of Steel Construction. Dr. Wiebe is also the Secretary of the Canadian Association for Earthquake Engineering, and he led the writing of the New Zealand Design Guide for Controlled Rocking Steel Braced Frames. Dr. Wiebe has received numerous awards for his teaching, including the McMaster University Faculty of Engineering Teaching Excellence Award (2017) and the McMaster Students Union Award for Excellence in Teaching (2014, 2017).