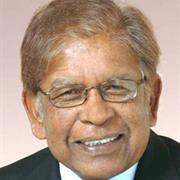 Dave Verma is a Professor Emeritus in the Department of Family Medicine and is also the President of D.K.Verma and Associates Inc., a Consulting Firm registered in the Province of Ontario. He is the former Director of the Program in Occupational Health & Environmental Medicine (POHEM). He came to McMaster in 1978 and has been involved in education, research and provision of services. Dave established the Occupational and Environmental Health Laboratory (OEHL) in 1979, which was accredited by the American Industrial Hygiene Association since 1981. In 2006, Dave relinquished his position as director and technical manager of OEHL. He remains active in teaching and research. He has been involved in a number of international collaborative research studies and has served on several international expert panel/committees. Dave is a Professional Engineer and a practicing Occupational Hygienist, certified by the American Board of Industrial Hygiene (CIH) and was certified by the Canadian Registration Board of Occupational Hygienists (ROH) from 1987 to 2014.

Dave was born in India and received his early university education in science and Engineering there and then obtained his BSc, MSc and PhD degrees in Engineering from the University of Wales in the U.K. during 1963- 1969. In 2006 Dave was awarded a Senior Doctorate degree (D.Sc.) from University of Wales for his thesis "Occupational and Environmental Health Studies" containing his published research work. Dave has many years of experience in occupational hygiene and occupational and environmental health, working with industry, government and the university. Prior to coming to McMaster in 1978, Dave worked as an occupational/industrial hygienist since 1970 with the provincial governments of Ontario, Saskatchewan and Alberta for 8 years surveying hundreds of workplaces and for several years within the mining industry in the UK and India. He is a past or present member of several national and international committees, such as the American Industrial Hygiene Association's (AIHA) Laboratory Accreditation Committee, Asbestos Analyst Registry Committee, and the Editorial Review Board of AIHA/JOEH Journal. Dave is also a past President of the Occupational Hygiene Association of Ontario and was the chief Oral examiner of the Canadian Registration Board of Occupational Hygiene.

Dave as a principal or co-investigator has received 55 research grants and contracts. He has published widely in the field of occupational hygiene and occupational health and has 147 publications (papers and technical reports) of which 107 are in the peer-reviewed journals. Dave has received scholarships including the 1966-69 University of Wales Postgraduate research scholarship and several awards including the 1988 American Industrial Hygiene Association's E.J. Bair Technical Achievement Award (as a member of Laboratory Accreditation Committee) given for the most significant contribution in industrial hygiene in recent years; 1996 Occupational Hygiene Association of Ontario's Hugh Nelson Award of Excellence in Occupational Hygiene given in recognition of outstanding contribution to the profession and the community; 1997 OSH Canada's Award of Excellence for lifetime achievement in Occupational Safety and Health sponsored by OHS Canada Magazine and Canadian companies; 1999 American Conference of Governmental Industrial Hygienists Meritorious Achievement Award given for outstanding long-term contributions to the progress of Occupational Health and Environmental Hygiene; and 2001 American Industrial Hygiene Association's Donald E Cummings Memorial Award given for outstanding contribution to the knowledge and practice of industrial hygiene. In 2004 Dave was elected a Fellow of the American Industrial Hygiene Association. In 2007, Dave was awarded AIHAs David L. Swift Memorial Outstanding Aerosol Paper Award for excellence in aerosol research applied to industrial hygiene. In 2013, Dave was awarded an Honorary Life-time membership of the British Occupational Hygiene Society (BOHS)