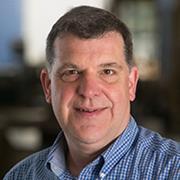 Paul Harrison was born in Northampton, UK, and developed his interest in chemistry from a chemistry set that evolved quickly into an entire lab in the family home. He attended Oundle School in Northamptonshire, and spent a “gap year” working for ICI in Runcorn, Cheshire on catalysis before going up to Oxford. After 3 years of study and punting on the Cherwell, he conducted his Part II fourth year research project with Professor (now Sir) Jack Baldwin, where he developed a synthesis of L--aminoadipic acid, an unusual amino acid which is involved in penicillin biosynthesis. He moved to Alberta, Canada for his Ph.D., in which he worked on polyene antifungal antibiotics in the group of Prof. John Vederas. After post-doctoral work on terpene biosynthesis at Brown in Providence, USA, Paul started his academic post at McMaster. His research work has been at the interface of chemistry and biology, and includes the development of biomimetic chemical models of natural product biosynthesis, the cellular assembly of natural products such as acyl-tetramic acids and -lactones, and understanding the mechanisms by which antibiotics exert their biological effects.