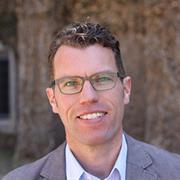 My teaching and research interests are situated around the history, literature, archeology, and social milieu of ancient Judaism. This includes the formation and reception of the Hebrew Bible/Old Testament and the Jewish setting of the New Testament, but my published work has focused especially on the Dead Sea Scrolls and early Jewish interpretation of Scripture. I am currently working on an advanced introduction to the Aramaic Dead Sea Scrolls, which will deal with issues ranging from scribal characteristics and linguistic dialect to religious worldview and relations to other ancient Jewish literature. In my seminars I tend to encourage direct engagement with primary texts and relevant ancient languages.