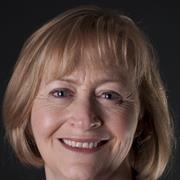 Dr. George is a specialist in Roman material culture and social history, with a particular interest in the intersection between the two fields. She has published on Roman domestic architecture in Italy and the provinces, on Pompeii, Roman slavery and archaeological evidence for it, and the Roman family. She has worked with physical anthropologists at McMaster (Megan Brickley & Tracey Prowse) on a SSHRC-funded project assessing vitamin D levels, gender, and status in ancient Rome using skeletal evidence and grave goods. Dr. George currently holds a SSHRC Insight grant entitled 'Roman Girls & Young Women in Life & Death', which is an exploration of an important but overlooked period in the female Roman life-cycle, the transition from girl to adult woman. The goal of this project is to open a new dimension on our thinking about Roman childhood, puberty, and adulthood by introducing a gendered perspective through an examination of forms of funerary commemoration (monuments, & inscriptions) and burial practices related to girls aged seven to nineteen.