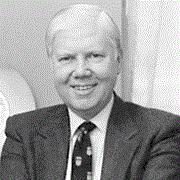 A recurring theme of his research has been the nucleon-nucleon interaction and its role in nuclear structure. In the 1960's, with M.K. Srivastava, the super-soft core potential model was discovered. This was developed into a realistic potential that has been widely used in three-body calculations. Out of nuclear matter studies, an "effective interaction" was developed and applied in Hartree-Fock calculations with X. Campi in the 1970's. They were deeply involved in the development of "model-independent" methods for deducing the density profile of real nuclei from elastic electron scattering data. In the 1980's, a series of papers with S. Klarsfeld and J. Martorell related the properties of the deuteron to the long distance part of the nuclear force.

Since 1990, he has spent most of his time on problems related to optics and condensed matter, in particular nanometer scale devices in which a two-dimensional electron gas is further confined to make quantum wires or quantum dots, in which electrons propagate as waves rather than as particles. Most recently, with Gregory Morozov, the design of anti-reflection coatings for electrons passsing through a layered system has been solved. A semiclassical coupled waves theory for a one-dimensional photonic crystal was developed. In collaboration with J. G. Muga and J. Martorell the origin of non-exponential decay in quantum mechanics has been elucidated.