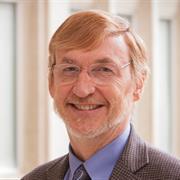 Ken Cruikshank is a Professor in the Department of History. He joined McMaster University in 1993, served as chair of the History Department for 6 years, in 2003-04 and from 2006-2011, and as Dean of the Faculty of Humanities for over 6 years, 2013-2019. Ken completed his PhD and MA at York University, and an undergraduate degree at Carleton.

Ken and his History Department colleague Nancy B. Bouchier have explored the social and environmental history of a Great Lakes Area of Concern, specifically Hamilton Harbour. They have translated their historical research into 12 peer reviewed articles or book chapters, a museum display, a DVD, several field trips and many community talks, as well as a scholarly book, The People and the Bay: A Social and Environmental History of Hamilton Harbour (UBC Press, 2016). The book was awarded the Canadian Historical Association’s Clio Prize in 2017 for the best book in Ontario history, and was shortlisted for the Hamilton Arts Council’s Hamilton Literary Awards for best book in the non-fiction category. Their community work earned Ken and Nancy a Special Recognition Award from the Bay Area Restoration Council.

Ken’s work in urban environmental history grew out of his wider interest in the role of the state in Canadian society. He is currently working on a research project related to the environmental politics of the Niagara Escarpment. He has authored a book on Canada’s first regulatory agency, Close Ties: Railways, Government and the Board of Railway Commissioners, 1851-1933 (McGill-Queen’s University Press, 1991) as well as articles that focus on, for example, the Canadian government-owned and operated Intercolonial Railway, state interactions with sugar refineries, and government responses to Hurricane Hazel (the latter co-authored with Danielle Robinson).

Ken is a SSHRC-supported researcher, who has been a participant in the Network in Canadian History and Environment, and a past editor of one of Canada’s leading scholarly journals, the Canadian Historical Review.